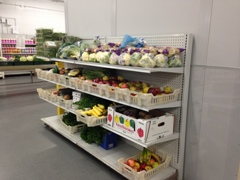 Paul’s Pantry was started as a result of a need to care for hungry people in the community who are unable to purchase enough food for their family as a result of their meager or no incomes. Paul’s Pantry though, is more than just an emergency food pantry. Its goal is to provide a family with enough food every week, for as long as needed, so that they may use their food dollars for shelter, utilities and other necessities, and avoid becoming homeless.

The pantry was founded in 1984 by the late Leo Frigo. Leo had retired as President of Frigo Cheese and wished to devote the remainder of his life to helping those in need. Leo realized that the amount of food being thrown away by business was shameful and that the unsaleable but edible food could be used to benefit the needy in our local community.

The pantry receives no federal, state or local tax revenue, nor does it receive funding from Feeding America or United Way. It relies entirely on the community, a three way partnership made up of volunteer, food supplier, and donor.

“Waste not want not”,
is the philosophy at Paul’s Pantry.

Besides rescuing over 5 million pounds of food from the marketplace each year, all inedible food is given to local livestock farmers, nothing is wasted.

This philosophy is also part of our distribution. Everyone is allowed to shop for his or her own groceries. People are not just given food they don’t like, but are allowed to choose, and take only what they will use. Again, nothing is wasted.

This also ties in with the most important component of Paul’s Pantry. To restore the hope, pride and dignity of those we serve.

While this is done first by allowing a person to shop for his or her own groceries, it is also done by giving an individual the option of volunteering. Paul’s Pantry’s recipients have become valued members of our local community.

Of our 67,806 volunteer hours last year, the recipients of Paul’s Pantry themselves returned 40,635 hours back to the community, restoring their pride and dignity and giving them hope. Paul’s Pantry is truly a place where the poor help the poor.

Because Paul’s Pantry operates without government funding, an ecumenical prayer can be said each day, together by recipient and non-recipient volunteers prior to the distribution of food to the needy. We give thanks for our benefactors, our food suppliers, and for our many volunteers.

Paul’s Pantry is in good standing with all local and state political and regulatory entities. Each year for the past 36 years, state and local authorities have checked Paul’s Pantry.

Paul’s Pantry is an outreach of your love and concern for the community in need, and we only exist because of it.

Who are the beneficiaries of Paul’s Pantry?

The unemployed, single parents, the unskilled, the under educated, people with language barriers, the elderly, the chronically ill, the physically, mentally and emotionally disabled and Yes even the alcoholic, the drug addict and other destitute people who are God’s most cherished people in our community. 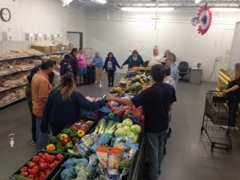 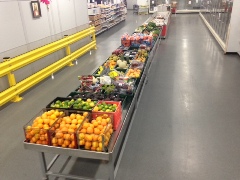 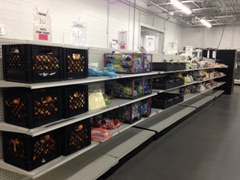 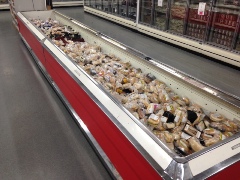